Click on any photo to see a clearer view

(More photos to be added) 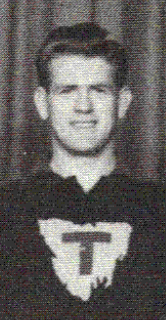 Arguably no individual in the history of Tasmanian football has given more diligent service to the game across more disciplines than Brian Eade. Born in 1935, Eade started as a player with NWFU club Devonport in 1952 before moving south to play with TANFL side New Town (later Glenorchy), playing 161 senior games during a stellar nine-season career. Known as a smart and skilful rover, he featured regularly in intrastate teams for both competitions, however his greatest honour came when he was selected – along with Tasmanian icons such as Baldock, Leedham and Hodgson –  as a member of the famous Tasmanian team which placed third at the 1958 Melbourne Carnival.

Upon his retirement at the end of the 1960 season, Eade took up field umpiring, earning a reputation as a fair and astute official during his six seasons in the role. As a result, Eade was chosen to officiate many important fixtures, including one league and one State premiership decider as well as numerous representative matches. Eade’s knowledge of the intricacies of the game was well-known to contemporaries, and in 1967 he was appointed as coach of amateur side University. Eade’s arrival was the catalyst for the start of a golden era for ‘Uni’: the club contested five Grand Finals for three premierships (1970, 1971, 1973) during Eade’s six years in charge, while also going on to claim the state amateur title on all three occasions, the second of which came courtesy of a 136-point mauling of northern amateur premiers Old Launcestonians. Eade’s ability to instil belief and confidence into his playing group was the cornerstone of his side’s success, something largely down to his charismatic nature.

Eade departed University at the end of 1973. The previous year, he had taken up the secretary position at his former club Glenorchy, and over the next 21 years Eade crafted out a celebrated career as an administrator in many roles at club and league level. Without question the most tumultuous event of his tenure came during his time as TFL General Manager, with the formation of the Statewide League in 1986, a decision that remains controversial more than 30 years later; Eade’s efforts in administrating the new competition during its early days are particularly worthy of merit. Finally, after 41 consecutive seasons of admirable service to the game, Eade stepped away at the end of 1992. While his superb contributions have left an indelible mark on the Tasmanian football landscape, Eade’s greatest contribution to the game has arguably come in the form of his son Rodney, whose own 40+ year association with football produced more than 600 games and four premierships as a player and coach at VFL/AFL level. 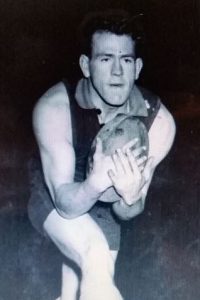 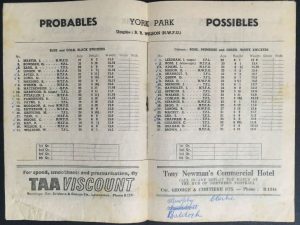 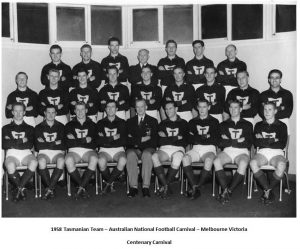 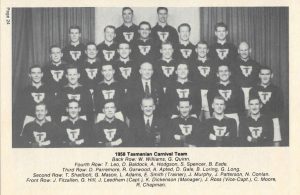 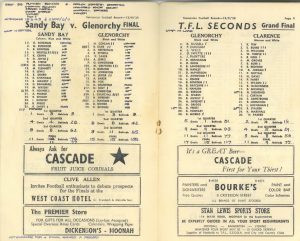 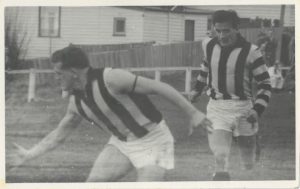 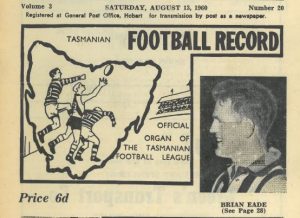 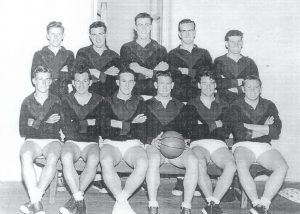 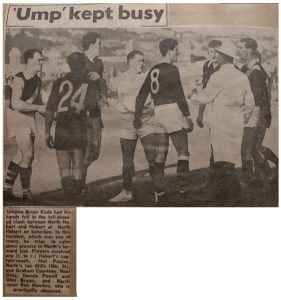 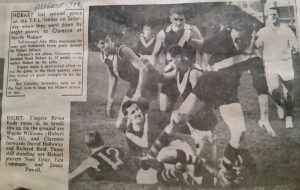 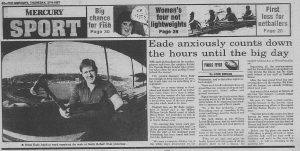 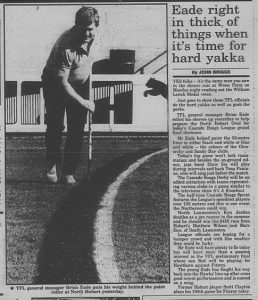 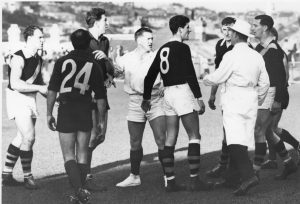